How to Listen to Machines - Songs for Violin and Noise 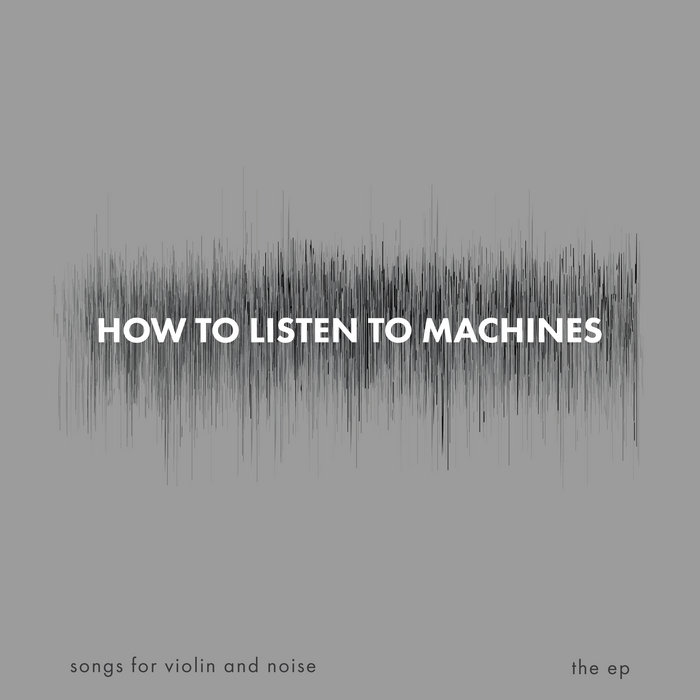 Combining the powerful reverberations of machinery with the fragile voices of violins, How to Listen to Machines: Songs for Violin and Noise invites listeners into auditory worlds we try to escape with headphones or hands to ears.

This EP emerged out of my everyday experience of sound. I have always had an intense sensory response to the sounds of machines. My ear organizes their tonalities and textures into musical qualities, often leaving me moved by sounds many consider noise pollution.

In the summer of 2016, I began experimenting with recording these sounds at every turn. Any machine whose voice I heard, I recorded. These recordings, made on the spot with an iPhone, are featured on this EP, and serve as the basis and inspiration for each song I composed. All songs on the EP are performed entirely on violin, accompanied only by recordings of machinery.

TRACK 1: STAND CLEAR OF THE CLOSING DOORS IN A MAJOR
This track features tones and rhythms of the doors to an MTA Brooklyn-bound L Train. MTA trains have a distinct two-note alert when doors close, but the notes can differ depending on the train line. On the L line, the notes are C# and A and the latching of the doors produces a triplet rhythm. These combined elements inspired the chordal structure and syncopated rhythms of this track.

TRACK 2: REFRIGERATION FAN IN E FLAT MAJOR
Extraordinary sounds can be found in the most mundane places. I was stopped in my tracks when I entered a drugstore and heard the rumbling resonance of this fan. Its pulsing 16th-note rhythm inspired the opening violin line in this song. At the 3:41 and 3:58 mark in the track, I allow the sound of this fan to swell in the background, to emulate orchestral timpani.

TRACK 3: JAY STREET-METROTECH STATION IN E MAJOR
This breezy song is composed around a mysterious humming that wafts through a Brooklyn metro station called Jay Street-MetroTech. If you visit the station, stand on the A/C/F train platform, and you'll probably hear it too. Listen for it at the 1:11 mark in this track.

TRACK 4: FILM SET GENERATOR IN D MINOR
While passing a film shoot near the Flatiron building in Manhattan, I stopped to record the sound of a power generator on the set. Its visceral growl inspired me to trade acoustic violin sounds for something more electric. I introduce the generator sound at the 0:24 mark in the track and allow it to grow until it roars at the 0:38 mark.

Bandcamp Daily  your guide to the world of Bandcamp

Benji B talks about his new compilation ‘Deviation Classics’